Woman. Floaty. Attached. Dettached. Sudden. Note-scribbler. Citizen of the world. Travelling to the moon and back.

He entered the pale wooden café on the far corner of the shopping mall. It was a pale day in November, and all he wanted was to clear away his most immediate troubles – losing that extra weight before his upcoming race.

Slowly but surely, he approached the waitress, who was chewing gum and inspecting her gel nails before his very eyes. He proceeded to order his staple meal of red quinoa salad, sauce always on the side, and beetroot hummus with raw vegetables (no cauliflower, thank you very much). The fact he’d ordered such a carb-loaded meal felt extremely overindulgent right now.

He was a runner living in a city he hadn’t yet explored – but which he already hated with all his guts. It was not as peaceful as his Swedish mistress land, not as green and welcoming to birdsong as his hometown. They killed pigeons over here, or so he’d read in the newspapers a few months back. No wakeup birdsong for him either, no window sill visitors, no shitting on his outdoor Ikea-bought plants.

It was a lackluster city, a parkless sleeper town. Or so Joni’d told him. He hadn’t dared explore his immediate surroundings, just keeping to himself and indoors on weekends, planning the next moves for his long-term marketing project, browsing through Etsy in search of his new set of Skandi home appliances.

The only time he’d ventured into the center had been to purchase some wildly Instagram-friendly and aggressively unaesthetic toe shoes.

Are they comfy, those shoes? Dora had asked one morning while sipping on her first black americano of the day.

Not especially. The sole is terribly thin, so I can feel the pavement as I walk. It can get quite bad in the middle of the summer, as they are not properly insulated. Anyhow, it is better these days, as it is November. Which is milder, the runner thought, and feels a lot less like autumn than all the Novembers elsewhere, either home or back at Joni’s place.

Into the café came Dora. Earlier that morning, he was feeling cheerful so he had asked her out for lunch. He expected another meal of open relationship prospecting, yet all he could do was listen to her talk, to his surprise, about how boring she was finding her current job.

He couldn’t believe his ears, getting that job had meant something to him, he considered it a stepping stone to his new me! The one that would build up a new marketing emporium in this grey and birdless city. The one that would race the world in toe shoes.

So while sipping on a glass of white, he said:

Why don’t you go to therapy, Dora? Here, I will send you my therapist’s phone number, she is great, fully covered by health insurance.

No shrinks for me, thanks very much. Dora said quite self-assuredly. They never ever helped me. If anything, I’ve always felt judged by them. The one I had a few years ago, would arch her eyebrow in eager anticipation of what I was about to tell her. She took a sip of her red wine and looked at her own fingernails, painted a grainy blue.

The runner arched his eyebrow and scratched his hairless shin. Thunder solemnly stroke, announcing some doomed and wet afternoon ahead. He turned around in his seat, contorting his neck, trying to get closer to the window, attuning his ear to what the city was about to tell him. Still no birdsong. He wondered how he’d run back to the office in those toe shoes. 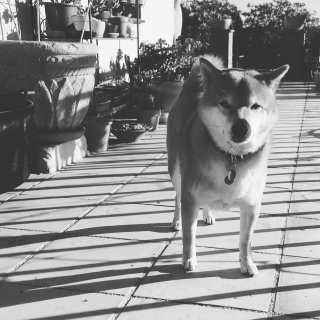 Woman. Floaty. Attached. Dettached. Sudden. Note-scribbler. Citizen of the world. Travelling to the moon and back.